When new legislation ended the telecommunications monopoly of Cable & Wireless and allowed for the entry of Irish Mobile Company, Digicel into the market, the incumbent would not make it easy for the young upstart. Accela Marketing was selected as their Marketing and Public Relations agency to help with their entry into the Eastern Caribbean territories.

Accela set up a 24/7 war room for Digicel to deal with an onslaught on media attacks requiring rapid Crisis Communication and turnaround of strategic marketing and promotional campaigns. The mobile wars had begun. It was a non-stop race to see who would bring out the latest model or technology to the market first at the best price with the most exciting promotional campaign. However, Digicel was still trailing C&W despite beating them to the market and introducing the best mobiles, services and launching newer platforms. Accela realized it was community engagement that would give them the edge. We conceptualized and launched its Caring Connections CSR and secured the best sponsorships, community and business sector engagements and for the company which convinced the market it was here to stay.

The CSR Platform Accela conceptualized would be scaled region-wide. Within three (3) years, the once unknown upstart would be the market leader in the Eastern Caribbean. 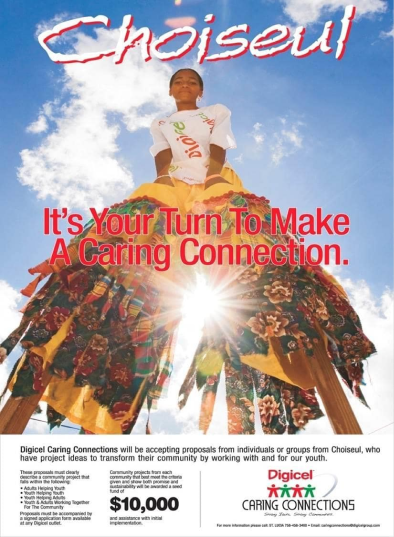