How do you highlight an organization that people do not think about at all? SLASPA wanted to stand out as a valuable national institution integral to the economy of the island.

Our approach was to bring attention to the everyday benefits we enjoy that require import through SLASPA’s air and seaports. Accela decided to communicate the far-reaching yet subliminal impact that SLASPA has on the people of Saint Lucia on every level: personal, community and national.

A nationwide campaign that was executed across all media including television and radio (English and Kwéyòl) PSAs, posters and billboards campaign. The campaign won an ADDY Award as well as communications award from AAPA (American Association of Port Authorities) with a score of 96%. 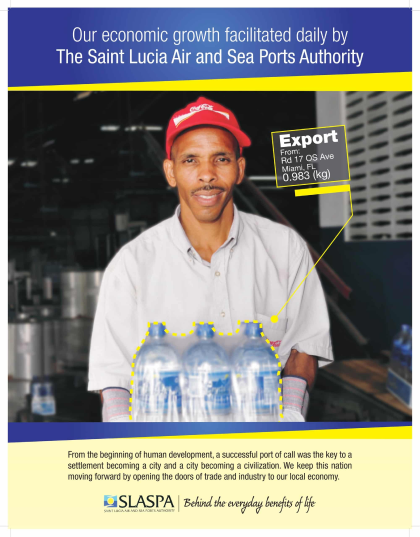